Just who is The Stork Lawyer®?

So who is the Stork Lawyer®? Well, just a normal infertile woman with a J.D. who was bored practicing commercial and employment litigation in New York City, accidentally wrote and published The Infertility Survival Handbook (Riverhead 2004), and then was asked to start a reproductive law practice by her friend and former law school buddy, Amy Demma, JD (Amy now has her own egg donation agency which has a link elsewhere on this page but for convenience sake you also can click here: Prospective Families).

One thing led to another and I wound up writing my second book, The Ultimate Insider’s Guide to Adoption (Warner Books 2006), and my law practice grew to include helping people adopt.

But basically, I consider myself an infertile chic with two beautiful children through the miracle of adoption (whom I breast fed, which is now another aspect of our practice, helping intended moms learn about induced lactation for breast feeding babies carried by surrogacy or who were adopted) who happens to be very lucky to have found her bliss helping to build families.

I am a member of the American Society for Reproductive Medicine (ASRM), the American Bar Association (and a bunch of subcommittees on family law, reproductive technology and bioethics), the New York State Bar Association, and the Association of the Bar of the City of New York.  I have been practicing law since 1993 and am admitted to practice in the Appellate Division, First Department of the State of New York, and the Southern and Eastern Districts of New York.  My admission in the Commonwealth of Massachusetts is pending and I hope to become admitted in the State of Texas (just to be as annoyingly ambitious as possible).  As you will learn on this page and our web page (Stork Lawyer Website) we also have attorneys on staff or affiliated with our office who are admitted in New Jersey, Connecticut and Massachusetts.  We also have relationships with attorneys elsewhere in the U.S.

But basically, I am just a woman on a mission to help people become parents.  While I may have a whacko reproductive system . . . I am one very blessed woman.  Indeed, my own infertility is what brings me to you and without it . . . I would not be the person I am today with the wonderful richness brought from parenting two amazing children and helping and watching others experience the same.  Like I said . . . BLESSED. 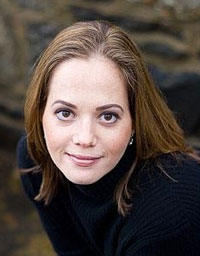 Filed under: Questions about the Office